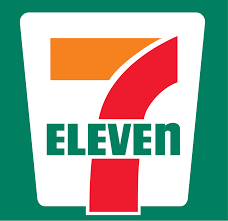 7-Eleven is the largest convenience store brand in both America and worldwide. 7-Eleven stores sell a broad variety of items, with a primary focus on hot food, snacks and beverages. The franchise chain is widely known for its iconic "Slurpee" and large drinks. Although 7-Eleven is owned by Tokyo-based Seven-Eleven, its headquarters are in Dallas, TX, where the retailer was originally founded. 7-Eleven’s corporate strategy is to stay focused on "making life easier" for customers, betting that winning on convenience and simplicity will ensure the company's ongoing success. Despite the “7am to 11pm” hours reflected in the franchise’s name, the brand has evolved with consumer preferences and most 7-Eleven stores today are open 24/7.

Own a 7 Eleven Franchise - Questions & Answers

In 1927, Joe C. Thompson, a Southland Ice Company employee in Dallas, Texas, began selling bread, milk and eggs in addition to ice blocks. Thompson eventually became the president of Southland Ice Company and from there transformed the business into the convenience store chain that is now globally known as 7-Eleven. Southland Ice stores were renamed in 1946 to call attention to their extended store hours of 7:00 AM to 11:00 PM. As the newly reappointed business grew in popularity, 7-Eleven began expanding beyond Texas and out to the East Coast.

Joe Thompson's son, John, became president of the company in 1961 and soon made the decision to begin franchising its stores, and now some 87% of 7-Eleven locations are franchised.

Southland licensed a Japanese partner in 1973, and by 1974, there were 5,000 outlets worldwide. The push into international franchising was a significant success. Unusual for a prominent, U.S.-founded brand, the vast majority of 7-Eleven stores today are located outside of the United States.

Southland Corp. renamed itself 7-Eleven, Inc. in 1999. Today, 7-Eleven’s signature products are the Slurpee, an iced drink, and the Big Gulp, a 32-ounce fountain drink cup.

There are two franchise configurations that a potential 7-Eleven franchisee can choose from:

Visit Us
https://franchise.7-eleven.com/franchise/home
Connect With Us

$147,980
Liquid Capital
Required
Aussie Pet Mobile
Founded in Australia in 1996, Aussie Pet Mobile established its global headquarters in the United States in 1999 and has grown to become the number one brand in mobile pet grooming worldwide. Our commitment to quality, care, convenience, and loving attention to pets has enabled us to expand rapidly across the United States with more than 360 grooming vans in operation, serving the millions of households that own dogs and cats.
$147,980
Liquid Capital
Required