Aaron's Sales and Leasing is a retailer offering customers the option of leasing-to-own a variety of items, such as furniture, electronics, computers, and appliances. The company is known for its value proposition of purchasing now and paying later, with flexible monthly payment plans ranging from 12 to 24 months for the 25-35% of Americans with sub-optimal credit scores. Aaron's also offers home delivery, repair and set-up services. The company trades on the NYSE under ticker "AAN".

R. Charles Loudermilk founded Aaron's Rents in 1955 in North Carolina. The company's name was a marketing tactic designed to secure a top spot in the Yellow Pages' alphabetical ordering system. Loudermilk turned to expansion in the 60's and by 1969 had four locations generating a hefty $2 million annually. Over the next 15 years, Aaron's Rentals grew tremendously and began to focus specifically on targeting the office market.

The new brand focus was successful, and by the end of 1983, Aaron's Rentals was operating 92 stores across 14 states. As the company's popularity grew, manufacturers could not keep up with inventory production. Loudermilk began in-house manufacturing, which in turn decreased the amount of money he was spending on stockpile.

The rental chain became a franchised company in 1992 and continued its rapid growth to 368 locations by 1999, eventually cresting $3.2bn in company-wide sales and 2,000 stores in 2013-2014. In recent years, however, the franchise and leasing segment of the company has experienced contraction in both revenue and store count, while other segments of the parent company Aaron, Inc. (in particular, the Progressive Leasing business, which focuses on virtual lease-to-own financing products for retail partners) have driven forward growth.

The Aaron's rental and leasing business is one segment in a much larger parent company, Aaron's, Inc., which is comprised of the following business lines:

Aaron's franchise segment has recently undergone a period of contraction. From a peak of over 2,000 locations a few year ago, the system now has a footprint of approximately 1,700 stores, around 78% of which are franchised. Increasingly, Aaron's has been buying back franchised stores and converting them into corporate-owned and operated locations. In 2018, for example, the company purchased 152 franchised units, representing over 25% of the franchised units the brand started the year with.

Visit Us
https://www.aarons.com/
Connect With Us

Aaron's Sales & Leasing is listed in the Franchise Directory under the Retail category. It's also listed in the section for Franchises Under $500,000. 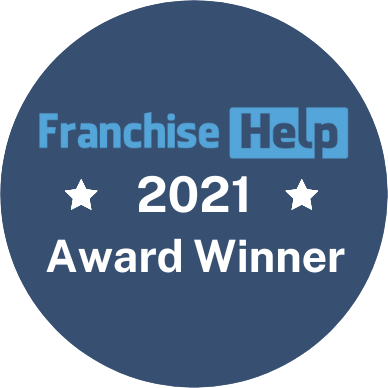