Alco Alert Interlock is a device installed into cars that ensures that the driver is sober before driving. The machine works rather simply: drivers must breathe into the machine before starting the car. Once a legal blood alcohol limit is established, the driver is able to operate the vehicle. Periodically and randomly, the driver must retest between every five Typically, Interlock technology is installed into the car of someone with a DUI (driving under the influence) conviction or history of alcohol abuse. For a fee, commuters can maintain their driving privilege. The device helps to keep drivers – and fellow people on the road – safe.

Alco Alert Interlock primarily looks to partner with experienced auto repair dealers who want to franchise (in fact, in some states, this is the law, however, exceptions can be made. Because the product is mandated through court decisions, franchise territories are established by judicial districts.

After accumulating a decade of experience in the Interlock industry, Alco Alert opened in 2005. Alco Alert Interlock is committed to keeping up with the latest technological advances in the business and make the process as hassle- free for users as possible.

The franchise fee and investment for an Alco Alert Interlock franchise is not known to us at this time. Rates differ based on location, as determined by local courts and laws. Alco Alert Interlock encourages interested parties to contact their headquarters to find out which regions are available to sell the equipment and what the rates are to become a vendor.

Franchisees can supplement their income by performing installation of the Alco Alert Interlock device, as well as perform routine checkups on the Furthermore, though the majority of business comes from court order, concerned parents, friends, and employers can also lease Alco Alert Interlock equipment to put in a loved one’s car.

Alco Alert Interlock is listed in the Franchise Directory under the Automotive category. It's also listed in the section for Franchises Under $10,000. 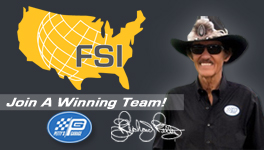 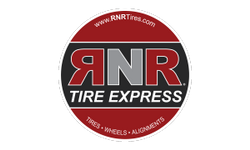 $500,000
Liquid Capital
Required
RNR Tire Express
RNR Tire Express is the fastest growing tire and wheel franchise in America. Established in 2000, RNR has grown to 116 locations in 22 states. For the third year in a row, RNR was listed as the No. 1 in category for wheels and tires in Entrepreneur Magazine’s 2018 Franchise 500 list and also took home the No. 202 spot on the annual ranking.
$500,000
Liquid Capital
Required