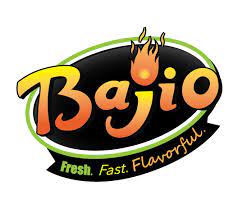 Bajio Mexican Grill is one of the hottest fast casual Mexican concepts in the country, and the reason is flavor. Bajio provides franchisees with the tools, support and knowledge necessary to run a successful Bajio Mexican Grill location. The company offers an established brand and operational systems that help franchisees continue their success.

Bajio Mexican Grill was founded in 2002 by Jason Stowe and Dave Tuomisto, who opened the first restaurant in Riverwoods, Utah. Bajio Mexican Grill began franchising in 2003, growing to six restaurants across Utah by 2005, as well as seven more in Arizona, Nevada, Oregon and Idaho. In 2005, Bajio was acquired by Franchise Brands, a company begun by Logan Hunter, who was a Bajio franchisee. In 2009, Bajio was acquired by Abundant Brands. Today, Bajio has more than 47 restaurants nationwide, including 25 in Utah.

Bajio is a section of central Mexico that includes the plains south of the Sierra de Guanajuato, and parts of the states of Queretaro and Michoacan. The region is known for conversation, cuisine and celebration, the elements that are emphasized at Bajio Mexican Grill restaurants.

Visit Us
http://www.bajiomexicangrill.com/
Connect With Us