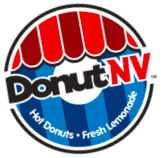 DonutNV is an interactive, made-to-order mobile donut experience, making hot and fresh custom mini donuts. DonutNV is offered exclusively as a mobile food trailer, giving owners the flexibility to operate where customers are. It's an all-season concept that can be operated seasonally or year-round.

DonutNV was originally founded as Cinnamini Donuts on one simple premise: Corporate America isn't for everyone. Founders Alex and Amanda Gingold knew that there was more to life than the routine daily grind of just going to work and coming home, day in and day out. Dozens of couch conversations later, a new brand started taking shape. Shortly after, the first location opened in May 2014 as Cinnamini Donuts at the Philadelphia Premium Outlets. The response was incredible! On opening weekend, customers were lined up to watch the donuts being made, and to taste what they had just watched. After running out of supplies on the first day, it was clear that the concept was a runaway success.

Customer feedback over the next several months demanded that the concept be taken mobile - the requests for our donuts at birthday parties and weddings poured in. Months of design and fine tuning led to the first mobile unit being launched in July 2015. There was an immediate following - everyone loved the bright and flashy donut truck!

Demand grew stronger, and additional mobile units were added to serve a greater number of donut lovers. Market research from New York through Florida determined the brand needed a wider customer appeal than just cinnamon sugar. In 2018, Cinnamini Donuts transformed into DonutNV, offering the tastiest sugar flavors ever, paired with an expanded menu of fresh squeezed lemonade flavors. DonutNV was created to be a brand like no other - tasty mini donuts, refreshing drinks and a show to top it off!

We are looking for new DonutNV owners who:

Join the DonutNV Franchise Family & become part of the $1,200,000,000 food truck industry! We'll build out your custom mobile unit and train you to become the best in the biz, serving hot mini donuts, fresh lemonade & smiles. Request more information to speak to a franchise representative and learn more about becoming a DonutNV Owner today!

DonutNV is listed in the Franchise Directory under the Food category and the Retail category. It's also listed in the section for Franchises Under $60,000.