Solar Universe is a unique solar installation and finance concept that enables homeowners and businesses to produce power at their home or office. In short, Solar Universe makes solar an easy, affordable and fun experience. Entrepreneur Magazine ranks Solar Universe the #1 franchise in its category and one of the 50 best new franchise concepts.

The PV solar industry in the United States is currently seeing a 45% annual growth rate. That makes solar one of the fastest-growing industries in the country. Competing in an industry with such aggressive growth requires you to have the best training, buying power, and marketing tools to be successful.

Entrepreneur Magazine ranks Solar Universe the #1 franchise in its category and one of the 50 best new franchise concepts. Our proven model provides you with the right tools and guidance to grow a successful business in the solar space.

With 32 offices in 11 states,Solar Universeis the nation's leader in solar, one of the fastest growing industries with 109% compound growth in 2011. Solar Universe has a comprehensive business plan and support that allow individuals and independent solar companies to have speed to market and instant credibility with customers from day one. In 2011, Solar Universe was ranked number 1 in its category by Entrepreneur magazine.

Dusty Ansley, VP of Franchise Development for Solar Universe, has been in the franchise industry for 8+ years and has consulted for 80+ franchisors, helping set up sales departments, support departments, marketing, FDDs, state filings, etc. More recently, Dusty was with ClockWork Home Services and Huffman Systems.

Dusty Ansley (DA):As one of the leaders in the industry, we have abilities that many other solar companies don't possess, such as consumer leasing, buying power, proprietary IT tools, a national brand, and an exit strategy, just to name a few.

FH: Why should someone interested in starting a solar panel business go with a franchise like Solar Universe?

DA:The solar industry is staring to consolidate into a few major players. As an independent owner, it is difficult to obtain the capabilities of a national brand that is spending millions per year on branding, tools, and support. Independents have to go it alone and learn from failures rather than from successes.

FH: How competitive is the market for solar panel sales and services? What are you doing to compete with other service providers?

DA:Due to the growth in solar, more independent companies are starting up just to realize that they are unable to compete against companies such as Solar Universe due to the consumer financing ability that only the top companies can obtain. That being said, Solar Universe has only a few "true" competitors in the market.

FH: What kind of work background or skills set are you looking for in a franchisee?

DA:The ideal franchisee needs to have an entrepreneurial background/spirit, proficiency in sales or the ability to put together a talented sales team.

FH: How do you determine whether a given geographic territory is a good market for a Solar Universe franchise?

DA:Solar Universe works with the potential franchisee to review the demographics in a given area. The ideal area is one that has utility bills of at least $100 per month and customers that have a credit rating above 680.

FH:What kind of training and support can your franchisees expect to receive?

DA:Solar Universe franchisees attend three training classes, which include Operations, Sales, and Technical, at our headquarters in Livermore, California. Once completed with the technical training, the franchisees and their employees will have the option to sit for the NABCEP certification.

FH: How many franchise units do you have currently? Where do you have the greatest concentration of units?

DA:Currently, Solar Universe has 32 franchise locations in 11 states, with the main concentration being located in California.

FH: What are some common characteristics of your top performing franchises?

DA:Top performers are typically the ones that follow the procedures and will not allow mundane tasks to slow them down.

FH: What can you tell us about the estimated initial investment, royalty fee, and profit potential for a Solar Universe franchise?

DA:The Solar Universe franchise fee is ten cents per person in a given territory, with the average population being about 350,000 ($35,000 franchise fee). The royalty fee is very low at 3% of gross sales. The initial investment ranges from $101,000 to $306,500, including the franchise fee. Solar Universe does make a financial performance representation, providing averages sales and gross profit information, that is available upon request.

FH: What are your growth plans for Solar Universe? Which geographic markets are you targeting for expansion?

DA:Solar Universe is targeting all states that provide incentives for solar with a focus on Western, Southern, and Northeast US.

Solar Universe is listed in the Franchise Directory under the Home Services category and the Home Based category. It's also listed in the section for Franchises Under $250,000.

$75,000
Liquid Capital
Required
Transworld Business Advisors
Being a Transworld Business Advisors is essentially three complementary businesses rolled in one: business brokerage, franchise consulting, and franchise development. They teach you how to succeed in every aspect all three profit centers.
$75,000
Liquid Capital
Required 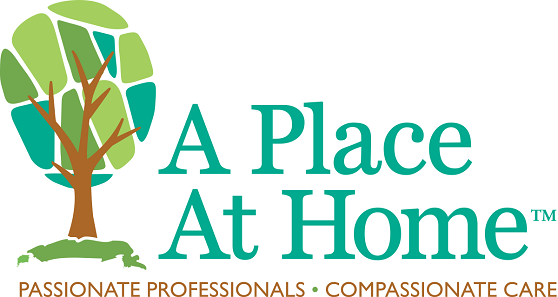 $75,000
Liquid Capital
Required
A Place At Home
A Place At Home is a senior-focused care company offering a continuum of care services including companion and licensed personal care, care coordination, staffing solutions to senior care communities, medication administration services, and placement services to assist seniors in finding the next place to call home.
$75,000
Liquid Capital
Required