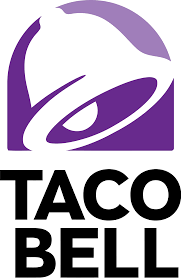 Taco Bell, operated by Yum! Brands, has made a significant name for itself as the largest taco and burrito chain in the world. The quick service restaurant franchise has grown to dominate the market for Mexican-inspired fast food through a strategy of low prices, creative promotions, constant menu experimentation, and, in recent years, its irreverent social media presence. Taco Bell serves 42 million customers each week through 7,000 restaurants across the globe, approximately 90% of which are franchised.

When Glen Bell first planted his seed in the food business with a hot dog stand in 1946, he could have never fathomed that he would be the future founder of a prosperous, global fast food chain. His micro-business took a turn in 1954 when he opened three Taco-Tia stands with the idea of experimenting with alternative food items. Eventually, Bell sold the three of these to his business partners. He went on to open the first Taco Bell in Downey, California in 1962, his first franchised unit by 1964, and reached 100 locations just three years later.

In 1978, Pepsico (owner of Pepsi, Frito-Lay, Tropicana, Gatorade, and Quaker) acquired Taco Bell as part of building a restaurant division that would come to include KFC and Pizza Hut as well. In 1997, this division was broken off from Pepsico into an independent company that would eventually become Yum! Brands Inc.

Taco Bell continues to be owned by Yum! Brands. And the company's growth since the spinoff from Pepsico has been substantial, particularly since the turn of the millennium. About a decade and a half ago, in 2005, Taco Bell generated over $6 billion in revenue across franchised and corporate-owned restaurants. Today what was once a single taco stand has grown to encompass some six thousand stores across almost thirty countries, and worldwide sales have eclipsed $10 billion.

Potential Taco Bell franchisees are required to have a net worth of at least $1.5 million and access to at least $750,000 in cash or other liquid assets. This is because although the initial franchise fee for Taco Bell ranges from just $25,000 to $45,000 per location, opening a Taco Bell is far from a low cost proposition. Franchisees should expect to invest anywhere from half a million to two and a half million dollars (depending on location, restaurant format, and other factors) to open their new Taco Bell franchise.

Visit Us
https://www.tacobellfranchise.com/
Connect With Us